This article was first published in The New York Times

It auctioned a nine-piece virtual/physical collection.

The digital world’s cancellation of Dolce & Gabbana after a series of offensive statements about race, sexuality and size, which reached its apogee in 2018 when the fashion house released a video in China featuring a Chinese model clumsily eating spaghetti with chopsticks, appears to have reached a multimillion-dollar end.

How else to interpret the fact that the brand announced on Sept. 30 it had sold at auction a nine-piece collection of digital NFTs, or nonfungible tokens, alongside some actual couture for a total of 1,885.719 Ether (Ethereum cryptocurrency), or the equivalent of nearly $5.7 million.

Collezione Genesi, conceived with and auctioned by UNXD, a curated marketplace for digital luxury and culture, was said to be the most complex fashion NFT created and offered so far.

Since the announcement, the cryptocurrency’s value has climbed — up 10 percent as of Friday — making the collection now worth $6.1 million as the payment to Dolce & Gabbana will be made at market rates rather than values at the auction’s close. The purchasers included Pranksy and Seedphrase, two leading NFT collectors; Boson Protocol, a company building a crypto-commerce protocol; and Red DAO, a decentralized autonomous organization formed in the crypto community to invest in digital fashion.

“These prices are not surprising,” said Nick Jushchyshyn, program director for Virtual Reality and Immersive Media at Drexel University. “You have world-renowned designers creating something absolutely unique, with attention to detail — it is beyond what you expect to see in a typical digital rendering — and it’s a one of one. It makes perfect sense that there would be an NFT collector in the world who would value it.”

Merav Ozair, a leading expert on blockchain and FinTech professor at Rutgers Business School, concurred. “In fact, I thought it would come sooner,” Dr. Ozair said. “We are moving toward a virtual reality world, and when we get to that state — sooner than we think, in a matter of years — luxury goods will be part of that world.”

The project was born in April, when Shashi Menon, the Dubai-based publisher of Vogue Arabia, and the founder and chief executive of UNXD, approached Dolce & Gabbana with the idea. “They were instantly taken with it,” he said — even though the brand is known more for its over-the-top luxury happenings than its pioneering technological spirit (see its semiannual couture Alta Moda weekend, most recently held in Venice in August, during which Jennifer Hudson belted out Puccini’s “Nessun Dorma” during the women’s fashion show and Helen Mirren danced to Ciara performing “1, 2 Step” at the closing party).

Together, they created Collezione Genesi — or the Genesis Collection (there are said to be more coming). Dolce & Gabbana did not respond to a request for comment.

Five of the pieces were physical creations, designed and executed by Dolce & Gabbana, with virtual iterations by UNXD for the metaverse: two versions of The Dress from a Dream, in gold and in silver, both with shimmering beads and crystal accents; The Glass Suit, an emerald green men’s suit, similarly embellished; and two gold-plated and gem-studded silver crowns, called The Lion Crown and The Doge Crown.

The four other pieces were solely digital: three richly embroidered men’s jackets and The Impossible Tiara, made of “gems that can’t quite be found on Earth,” as Dolce & Gabbana explained on Twitter. Based on sketches by the brand’s designers, Domenico Dolce and Stefano Gabbana, they were constructed by UNXD, using the Polygon blockchain.

The promise of D&G experiences, including invitations to future Alta Moda events, were included with each sale.

The physical items were displayed in an ornate salon of Venice’s 17th-century casino during the Alta Moda event. UNXD opened the auction Sept. 21, and it ended progressively between Sept. 28 and Sept. 30.

The highest price was paid for The Doge Crown, an opulent headdress with seven blue sapphires and 142 diamonds, which went for 423.50 Ether, or $1.25 million at the time of the auction, bought by Red DAO. Aaron Wright and Megan Kaspar, two members of the group, described the auction in an email as “a ‘big bang’ moment” for fashion NFTs.

The pieces commanded such high prices, Mr. Menon said, because “of provenance; rarity — there were only nine, sold at once; craftsmanship; and utility — people can use them in the metaverse and have physical experiences, too.” In the coming days, he added, UNXD will convert the prices to U.S. dollars at the market rate, and pay Dolce & Gabbana, less an auction commission.

Pranksy (a play on Bansky) wrote in an email Saturday: “I was really excited about D & G entering the NFT space, especially as my wife, Magpie, and her close friend, one of my company directors, Josephine Dwyer-Mann, have a real passion for haute couture.” Like many wealthy crypto natives, Pranksy keeps his real name secret and would only communicate by email or voice-distorted Zoom.

For his part, Seedphrase (whose name is Danny Maegaard, an investor in Brisbane, Australia) paid 292.82 Ether for The Lion Crown, which Dolce & Gabbana based on the Venetian flag and coat of arms. “It invoked my deep love for the city of Venice,” Seedphrase said by email on Sunday. “Being the first NFT collection by any major fashion house, it made a lot of sense from an investment perspective, as I anticipate these pieces to appreciate in value.”

Luxury fashion has been faster to embrace the NFT game than it did e-tail. In April, Kate Moss, in collaboration with the anonymous group known as Moments in Time Collective (@MITNFT), produced three video NFTs of her doing everyday tasks. One, “Sleep With Kate,” a clip of her snoozing, sold for slightly more than five Ether, which she donated to charity. Pransky bought “Walk with Kate” for three Ether.

Earlier this year, Gucci created an NFT called “Aria,” a three-channel video loop, inspired by its fall 2021 collection; Christie’s auctioned it online in June for $20,000. In August, Burberry dropped a limited-edition NFT collection for Mythical Games’ multiplayer online game Blankos Block Party; the assets sold for a total of about $375,000.

Those prices were notable — but a long way from the $69 million that Christie’s pulled in for “Everydays: the First 5000 Days,” a unique NFT work by the digital artist Mike Winkelmann, a.k.a. Beeple, in March. “The Beeple sale was the inflection point for crypto art, and it started a huge boom,” Mr. Menon said. “There have been many of billions of dollars of NFT art transactions since then.”

Little wonder Dolce & Gabbana and UNXD have more NFTs planned. At the end of the month, they plan to introduce DGFamily, a crypto community with four levels of membership, the highest tier being gold, made up, at least at first, of the Collezione Genesi buyers. Next to come is an NFT collection of digitally handcrafted jewel boxes that will open access to further digital and physical drops and experiences.

Pranksy said he thinks this is just the beginning. The new generations of consumers “see higher value in the virtual than past generations,” he wrote.

Mr. Menon agreed. “The sale resets the market,” he said. 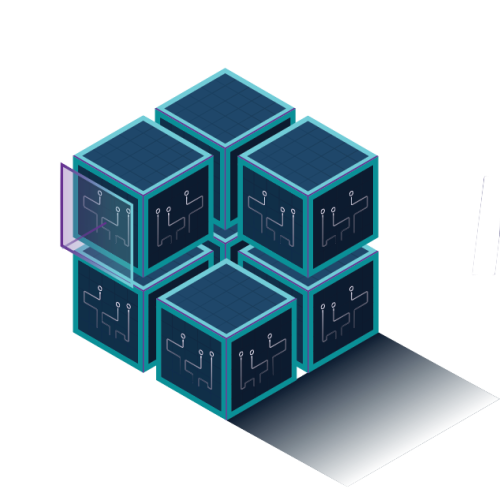