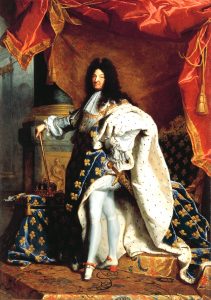 KingSwap a DeFi (decentralized finance) project has announced that it has raised over $20 million in funding and liquidity support. KingSwap expects to go live on Uniswap this Saturday, October 31, 2020.

KingSwap was founded by a team including Dr. Anish Mohammed, who has advised and worked for companies including HSBC, Lloyds, and Zurich, and was an early advisor to Ripple and Ocean Protocol; Dunstan Teo, Chief Architect of the Fido Protocol and President of Sanctum Pte Ltd.; and Ho Chin Shin, who previously worked as a director at Standard Chartered Bank; Nomura, Japan’s largest investment bank; and the Bank of Singapore.

“At KingSwap, we’re committed to doing DeFi the right way by putting user experience at the forefront and operating as a fully regulated project,” stated Malcolm Tan, KingSwap advisor. “Early support for the project shows we are helping to fill a gap in the current DEX marketplace. We’re eager to introduce KingSwap to many more fans through our Uniswap launch.”

Terpin said that will scams becoming all too common in the DeFi space, KingSwap is a breath of fresh air:

“The project has a well-known technical team and audited smart contracts, and I see KingSwap becoming a leading DEX in the near future.”

Of note, Terpin was the target of a high profile SIM Swap scam and is currently engaged in a legal battle with AT&T Mobile.

KingSwap says it is a regulated DeFi project, the first of its kind, based in Singapore. It was not immediately clear if the Monetary Authority of Singapore was the regulator of record of the firm or another agency.

Update: We asked about regulation. A KingSwap representative had this to say:

“Kingswap is regulated due to the issuance of the token by Gravitas International, which is an exempt entity in Singapore covered by the new Singaporean Payment Services Act, so it is a legal token issuance. It is also covered by a legal opinion that is lodged with the Monetary Authority of Singapore.